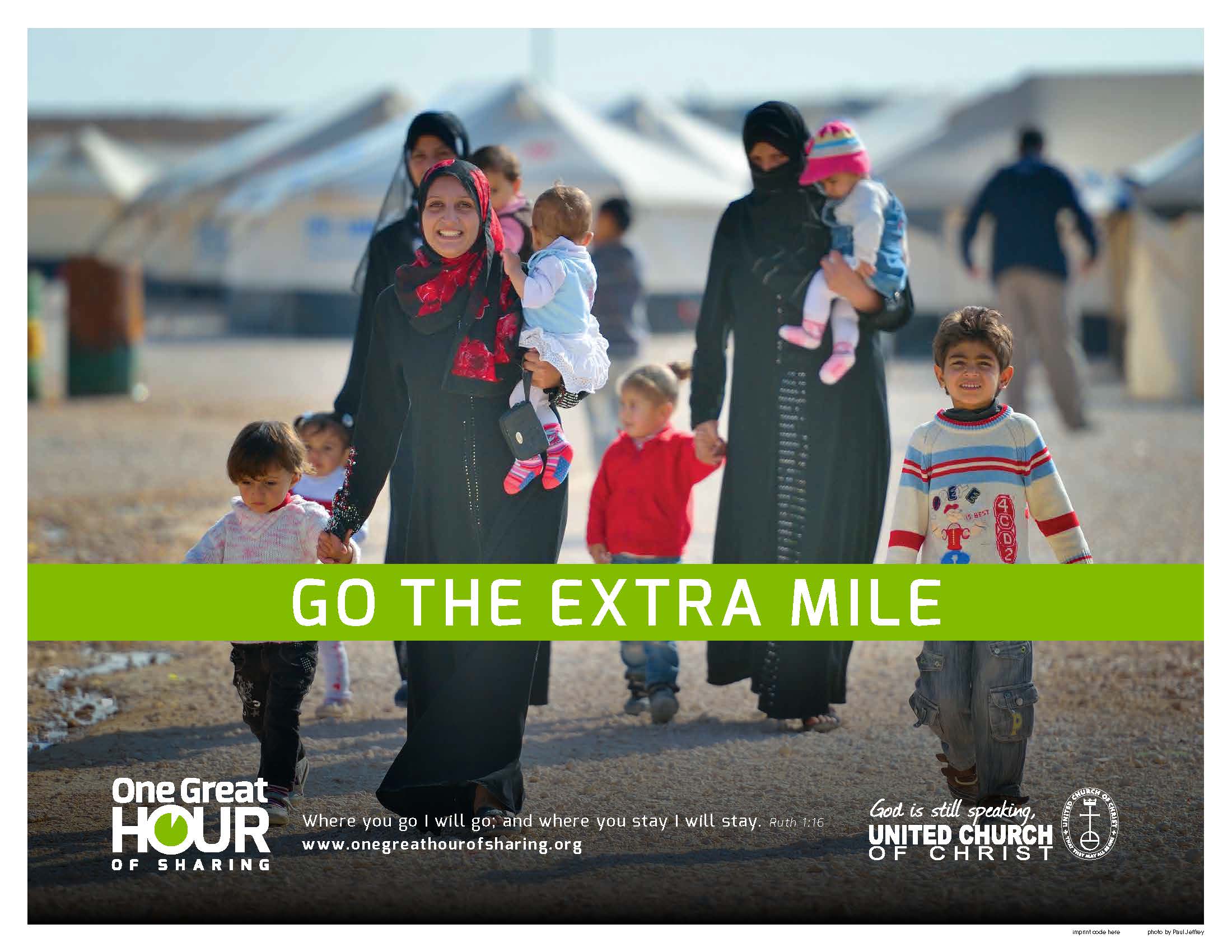 In a world where communities are being displaced by the catastrophes of war, famine, and natural disasters, the Church is called to reclaim the spiritual discipline of solidarity. Christians are summoned to adopt and live out a “theology of acompañamiento [accompaniment],” in the words of the theologian Roberto Goizueta. As natural, economic, and political forces disrupt and uproot communities, the Church is called to stand in solidarity with those who seek to move beyond the trauma of displacement toward a promise of healing and peace.

The story of Ruth is ultimately about this solidarity. Naomi and Ruth were very much like today’s refugees: they never chose to move from country to country, rather, it was imposed upon them by forces beyond their control. They lived in a society where the patriarchal economy meant that a woman’s livelihood was entirely dependent on her male relationships (father, husband, even son). Yet when that system failed them, Ruth chose solidarity with Naomi over despair, and accompanies her mother-in-law to pursue a livelihood for both of them.

This option for accompaniment is truly a biblical principle that saturates the pages of scripture. From God who is present with Hagar in the desert and calls her to remain close to her son Ishmael (Genesis 21), to the Parable of the Sheep and Goats where the criterion for judgement is that of compassionate accompaniment (Matthew 25), to St. Paul’s exhortation that Christians should “rejoice with those who rejoice [and] weep with those who weep” (Romans 12:15). This promise to walk together is mutual and reciprocal, where both parties are in need, and both experience the real power that emerges from the spiritual discipline of solidarity.

Ruth’s promise to Naomi defines what solidarity authentically entails, and it stands as a challenge for Christians today to walk with refugees as they build new homes in strange lands.

Through the One Great Hour of Sharing offering, we, as the body of Christ, have opportunity and power to help those who are living in despair as refugees. If refugees had the choice to return home, many would not have a place to return because their home most likely has been destroyed—either burned, severely damaged, or is still an unsafe place to live.

This year as you consider your gift to the One Great Hour of Sharing offering, for one moment, think of what it would be like to not have a place to call home, and then make your very best gift. Let us make Ruth’s promise our own. Let us live out the call of solidarity with all people, especially those displaced by disaster, war, and famine.